Who are Trine and Endre?

We are a Norwegian couple that feels partly from the North and partly form the West. We were both raised, and went to school, in Tromsø in the northern part of Norway before we moved to Bergen in the west to study more than 20 years ago. This makes it hard to say where “home” is.

In the spring of 2017, we finally signed the contract for our new home here in Piemonte and less than a year later we moved here.  A new chapter was about to start. 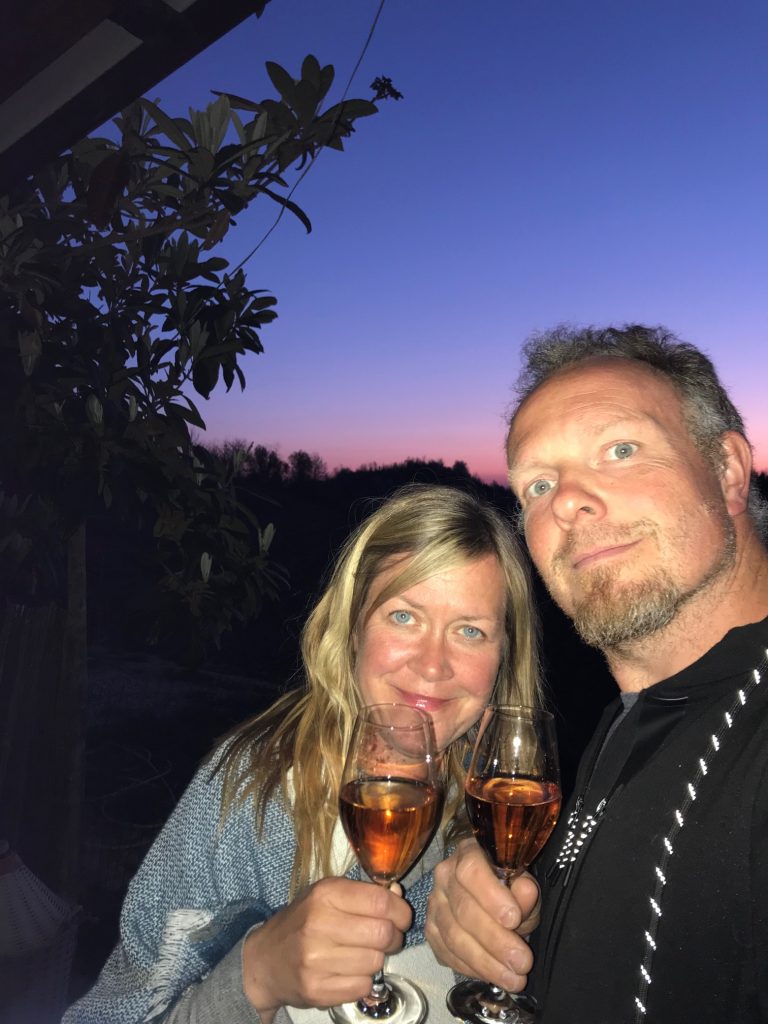 Endre has a degree in computer engineering from what is now called Western Norway University of Applied Sciences. After 10 years as a consultant, the next stop was a weather company and then a bank. Even if the computer is exchanged with a tractor, the geek in him still lives and making webpages and small programs is still a hobby.

In addition to Trine and Endre three dogs also live on Cascina Allegria.

Lara is the oldest – 13 years – and is a mix between Labrador and Geman Sheppard. Doffen is a  Border Collie and came to us when he has 1, now he is 10. Ipa is the youngest (4) and also a  Border Collie.  They all do or have done agility. If you do not know what agility is, it is a dog sport where the dog is supposed to complete an obstacle course in the shortest possible time with the help of the owner/handler.

We use cookies on our website to give you the most relevant experience by remembering your preferences and repeat visits. By clicking “Accept All”, you consent to the use of ALL the cookies. However, you may visit "Cookie Settings" to provide a controlled consent.
Cookie SettingsAccept All
Manage consent

This website uses cookies to improve your experience while you navigate through the website. Out of these, the cookies that are categorized as necessary are stored on your browser as they are essential for the working of basic functionalities of the website. We also use third-party cookies that help us analyze and understand how you use this website. These cookies will be stored in your browser only with your consent. You also have the option to opt-out of these cookies. But opting out of some of these cookies may affect your browsing experience.
SAVE & ACCEPT